This week we will be studying Concept V and Concept VI, led by Homer. Concept VI is rather short.

Throughout our structure, a traditional “Right of Appeal” ought to prevail, so that minority opinion will be heard and personal grievances receive careful consideration.

Concept V
reprinted with permission AAWS
(The Long Form)
Throughout our world service structure, a traditional “Right of Appeal” ought to prevail, thus assuring us that minority opinion will be heard and that petitions for the redress of personal grievances will be carefully considered

Throughout our world services structure, a traditional “Right of Appeal” ought to prevail, thus assuring us that minority opinion will be heard and that petitions for the redress of personal grievances will be carefully considered Newcomers to A.A.’s General Service Conference are often surprised at the pains taken by the presiding officer to make sure the minority has a second opportunity to present its views. Even after extensive debate on an issue, followed by a vote in which a “substantial unanimity” is reached, those opposed are polled individually to see if they wish to speak further to their minority view. In fact, numerous instances can be cited in which this minority view is so compelling the Conference has then reversed itself.

This is A.A.’s “Right of Appeal” in action, and Bill says the same principle should apply to meetings of our area committees, trustee committees and boards. On an issue of grave importance, the minority has the actual duty of presenting its views. This “Right of Appeal” recognizes that minorities frequently can be right; that even when they are in error they still perform a most valuable service when they compel a thorough-going debate on important issues. The well-heard minority, therefore, is our chief protection against an uninformed, misinformed, hasty or angry majority. “Trusted servants,” according to Bill, “do for the groups what the groups cannot or should not do for themselves.” And in exercising their “Right of Decision” (see Concept III), trusted servants are almost always “a small but truly qualified minority” — whether in the
form of area committees, staffs, boards or even the General Service Conference itself. It is incumbent upon them, therefore, in their own meetings, to pay special deference to the minority voice. Every member has a voice!

This Concept also warns us of “the tyranny of the majority” and points out that in A.A., a simple majority is seldom sufficient basis for a decision. That’s why we usually require at least a two-thirds majority. Lacking this, it is preferable to delay the decision; or in the case of an election following the “Third Legacy Procedure,” to “go to the hat.” (See Service Manual, Chapter I.)

The “Right of Appeal” also permits any person in the service structure, whether paid or volunteer, to petition for redress of a personal grievance. He or she can complain directly to the General Service Board, without prejudice or fear of reprisal. Does the minority wish to speak any further?

The Speak No Evil Group is losing some of its longest members because of profanity-laced shares by residents of the nearby Harvard House halfway house for men without driver’s licenses. At an emergency business meeting, one of the few remaining longtime group members, Polly Purebred, moved to ban the use of the Seven Words You Can Never Say on TV during the group’s meetings in order to stem the tide of departing members. Since the business meeting was held at the same time as the Harvard House house meeting, the motion passed with only a few harrumphs and virtual unanimity. The only member voting against the measure, the humble but lovable Shoeshine Boy, was not given the opportunity
to speak for the minority, because it was obvious the group was overwhelmingly in favor of the measure and it might disturb what was left of group unity to waste more time with it. At the next meeting, when asked to clean up his language or find another group, Harvard House resident Riff Raff told the group in very colorful language what they could do with their new rule and stormed out.
-Should Shoeshine Boy have been given the opportunity to speak for the
minority? Why or why not?
-Did shoeshine Boy have an actual duty to speak for the minority or does group
unity come first?
-Does Riff Raff have a right of appeal?
-Should Riff Raff and/or Shoeshine Boy be encouraged to raise this at the next business meeting and/or to file a minority report because they feel a majority to be in considerable error.
-lf so, with whom? The group? District? Area? Delegate? General Service Board?
-Suppose a minority report is filed with the Delegate – what does the Delegate do?
-What role, if any, do Traditions 2, 3 and 4 Play?
-Has our group experienced the ‘tyranny of the majority’or the ‘tyranny of the minority’?
-Why is there such an emphasis on respect for and hearing of the minority such a critically valued principle and practice in AA?

The Conference recognizes that the chief initiative and active responsibility in most world service matters should be exercised by the trustee members of the conference acting as the General service Board….

On behalf of A.A. as a whole, our General Service Conference has the principle responsibility for the maintenance of our world services, and it traditionally has the final decision respecting large matters of general policy and finance. But the Conference also recognizes that the chief initiative and the active responsibility in most of these matters should be exercised primarily by the Trustee members of the Conference when they act among themselves as the General Service Board of Alcoholics Anonymous.

On behalf of A.A. as a whole, our General Service Conference has the principal responsibility for the maintenance of our world services, and it traditionally has the final decision respecting large matters of general policy and finance. But the Conference also recognizes that the chief initiative and the active responsibility in most of these matters should be exercised primarily by the Trustee members of the Conference when they act among themselves as the General Service Board of Alcoholics Anonymous.

We have seen that the “final responsibility and ultimate authority” for A.A.’s service activities rest with the A.A. groups (Concept I), but to carry out this responsibility they must delegate to the Conference (Concept II). The Conference, in turn, must delegate administrative authority to the General Service Board of Trustees. Again, it is helpful if you are familiar with both the Conference Charter and the Bylaws of the General Service Board to understand this relationship and the freedom of action that the trustees must have.

The trustees have the legal and practical responsibility for the operation of A.A. World Services, Inc. (which embraces A.A. publishing as well as the General Service Office) and of the A.A. Grapevine, Inc. These entities have a combined cash flow of many millions of dollars annually. The trustees are also responsible for A.A.’s public information activities. They are the guardians of the Twelve Traditions. They are responsible for carrying the A.A. message to other countries around the world. They are A.A.’s “bankers,” overseeing the financial operations and investing A.A.’s substantial Reserve Fund. (Read the text of Concept Xi for a more detailed account of their functions.)

Bill makes the point that although “our objective is always a spiritual one,” nevertheless our world service is a “large business operation.” “Indeed,” he says, “our whole service structure resembles that of a large corporation. The A.A. groups are the stockholders, the delegates represent them, like proxy-holders, at the annual meeting; the General Service Board Trustees are actually the directors of a ‘holding company.’ And this holding company (the General Service Board) actually owns and controls the two ‘subsidiaries’ (A. A.A.W.S S. and the A.A. Grapevine) which carry on the. . . services.

“This very real analogy makes it. . . clear that, like any other board of directors, our trustees must be given large powers if they are to manage the. . . affairs of Alcoholics Anonymous.” 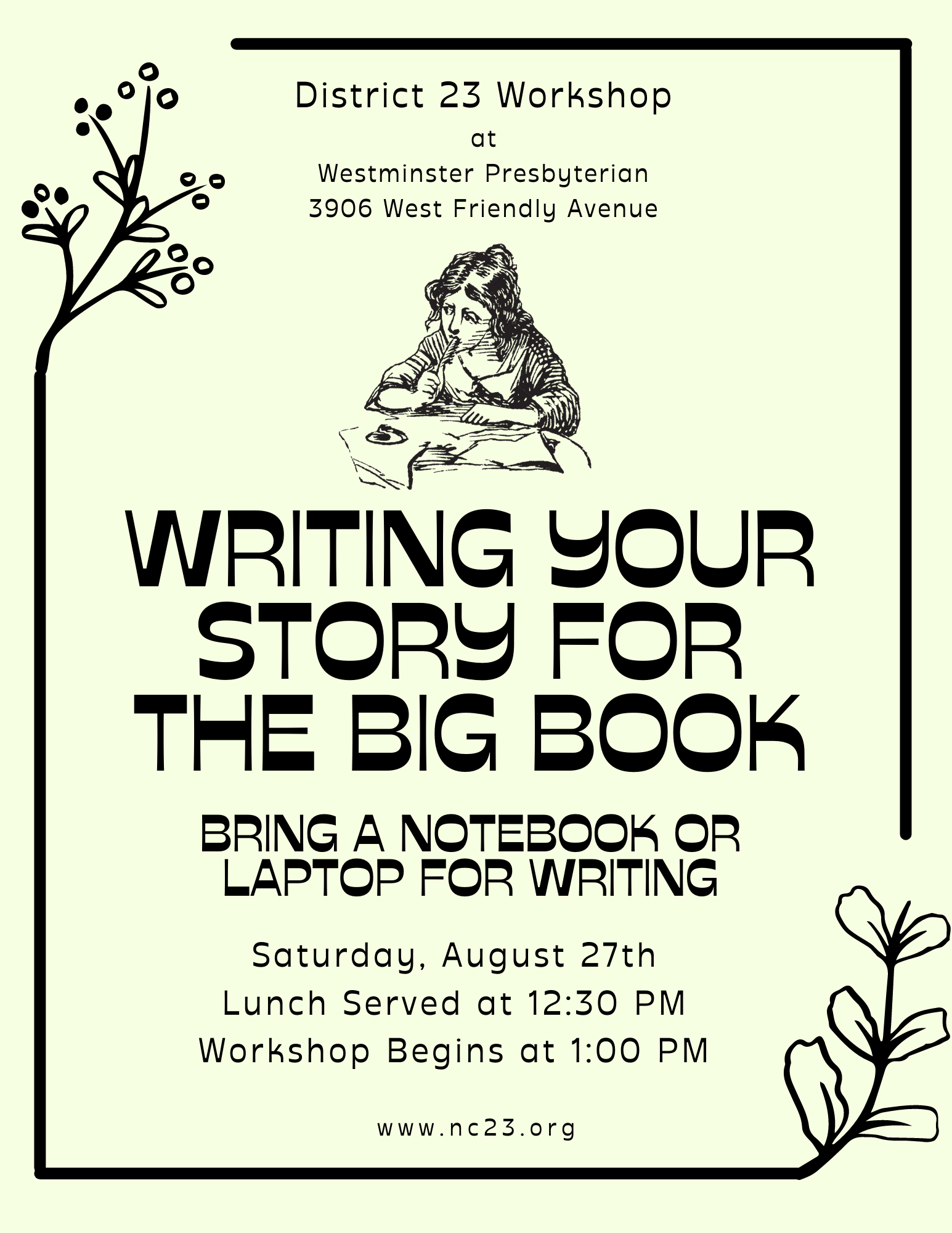